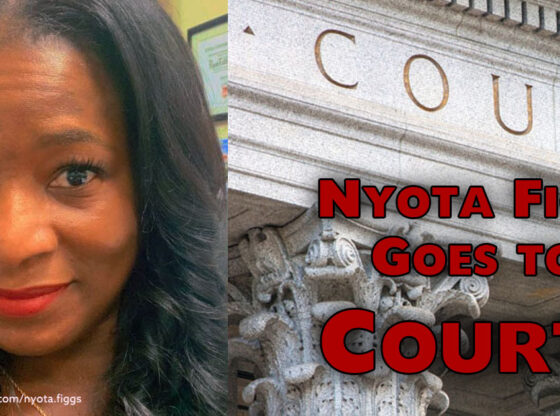 In a press release by City Clerk Noyta T Figgs, she announced that she has filed a lawsuit in the Chancery Division of the Cook County Court seeking declaratory judgment. In the 34 page complaint, Figgs filed in her capacity as City Clerk and against Mayor Jones. Ostensibly, this is to avoid her paying the associated fees associated with filing civil litigation and instead, burdening the taxpayers. This all serves as further distraction from the progress being made towards putting Calumet City on a solid path forward and placing her own ambitions ahead of the people.

In her many releases and court filing through her attorneys, a long series of baseless allegations are made by Figgs. She claims that a hostile workplace environment has been constructed. She goes on to claim that she has been bullied. These are subjective ideas and she has offered nothing to substantiate her characterizations. Figgs claims that duties given to her have been taken away yet the Illinois Municipal Code regarding duties of a Clerk is short and clear. She has those duties.

Starting in the summer, Nyota Figgs has pulled quite a few publicity stunts, including setting up shop in a park across the street insisting that she couldn’t function inside of City Hall. She claimed that she did not feel well when inside. Figgs promoted the event on Facebook with slick graphics. Through her stunts, Figgs has been in the local papers multiple times. This is not behavior that honors the needs of taxpayers.

A media consulting firm has worked on her behalf in issuing releases to the media. Kitty Kurth of Kurth Lampe also specializes in campaign communications. It is likely not a coincidence that Figgs has hinted at running for an another office.

As opposed to filing costly litigation, pulling publicity stunts and distracting from the progress being made in Calumet City, it is time for Nyota Figgs to stop putting her own ambitions ahead of the people. It is time for Figgs to focus on the job.