From racks of clothing to racks of leafy greens

Home /News/From racks of clothing to racks of leafy greens 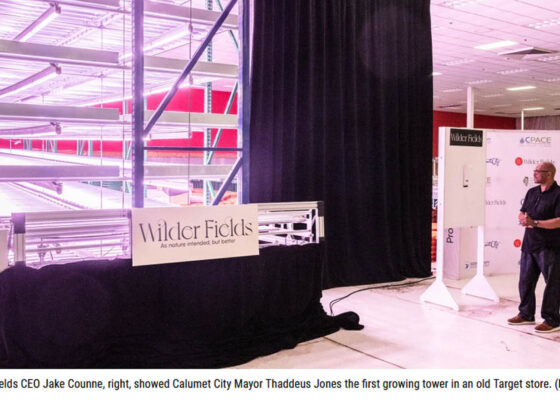 The vertical farming industry got a big boost when Walmart announced it has taken a stake in Plenty, a Northern California vertical farming company. The Chicago area has a variety of companies involved in vertical farming, including Wilder Fields, which specializes in locating its farms in blighted urban areas in need of both new investment and a source of jobs and food. An example is an abandoned Target store on East-West Road in Calumet City, Illinois, which, when fully built out, will produce over six million pounds of leafy greens per year. That same amount of traditional farming production would require an estimated 300-500 acres. Wilder Fields CEO and president Jake Counne talks with Steve Alexander about the progress being made at the site.