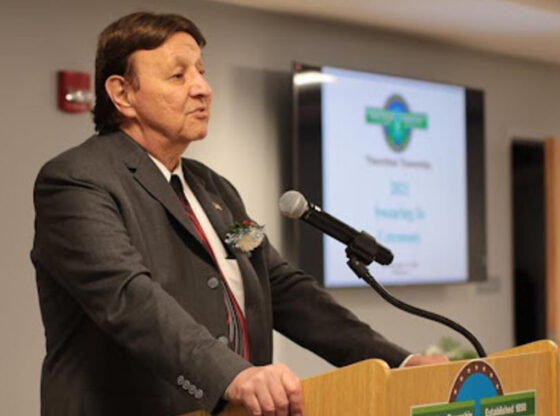 Zuccarelli served as Thornton Township Supervisor, and was a committee person with the Cook County Democratic Party. He was also Chairman of the Board of Trustees at South Suburban College.

In a statement, Governor JB Pritzker called him a friend, and said he brought unparalleled leadership to the region for decades.

Cook County Board President Toni Preckwinkle tweeted, “Today I am saddened to hear of the passing of Frank Zuccarelli, Thornton Township Supervisor and Committeeperson. A resident of South Holland, Frank has been a devoted community member and champion for the south suburbs for nearly 40 years, serving on a number of boards for community organizations. I send my deepest condolences to his family and loved ones.”

Village of Dixmoor President Fitzgerald Roberts also issued a statement, saying in part, “I have had the privilege of working with Frank for a number of years and I found him to be someone who would not only listen to the concerns of communities like ours but find ways to get things done.”

“My thoughts and prayers are with the family of Frank Zuccarelli. He will be missed,” Roberts added.