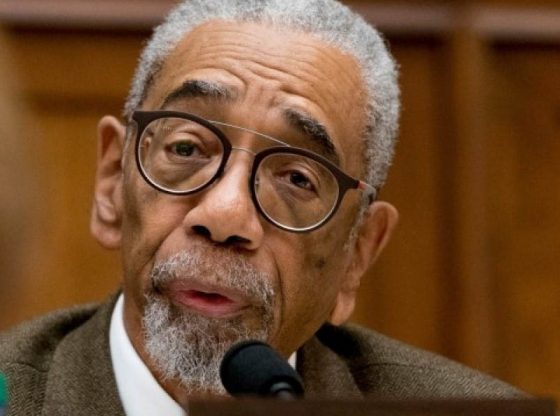 The next name on that list will soon emerge from an even longer list of aspiring and experienced politicians who are vying to represent Illinois’ 1st Congressional District now that Rush, D-Ill., is not seeking a 16th term.

“Those are big shoes to fill, that’s for sure,” said Jennifer Bell, a resident of the 1st Congressional District. “[Bobby Rush] has had an extremely long run. He has been fighting for our community for all of his adult life, so it’s time for him to retire and sit down and pass the torch on to someone else.”

The district includes much of Chicago’s South Side, south suburbs and, with the most recent redistricting, now extends into portions of Will and Kankakee counties, capturing rural towns like Channahon and Bourbonnais.

The historic district has long included the area known as the Black Belt on Chicago’s South Side, where thousands of African Americans settled during the Great Migration of the early 20th century. And it’s played a central role in Chicago’s Black politics for nearly a century.

“Because of segregation, Black residents were locked into those areas that are now known as Bronzeville,” said state Sen. Jacqueline Collins, D-Chicago, who formally jumped into the race in early March. “It became a hotbed. … The community worked together and they fought together for issues that negatively impacted them.”

The seat has been held by a Black man since Oscar DePriest was elected in 1929. During the middle of the 20th century, then-Congressman Bill Dawson served for 28 years, as he built Chicago’s Black political machine through patronage and loyalty to then-Mayor Richard J. Daley.

In the early 1980s, Chicago’s first Black mayor, Harold Washington, served as congressman of the 1st District before launching his historic mayoral campaign. Rush, a former Black Panther, got elected to the seat in 1993 after decades of political activism. Once he finishes his term, Rush will have represented the district for 30 years. He remains the only politician to whom former President Barack Obama ever lost an election.

Given the district’s storied history, it’s not surprising that more people than could fit on an NBA roster want a chance at the seat.

The list of hopefuls has grown exponentially in the last two months and currently includes a state senator, a Chicago alderman, at least two teachers, two pastors, a few nonprofit leaders, a couple of businessmen, a realtor and a “violence interrupter.”

The understanding of the potentially historic moment to fill Rush’s shoes isn’t lost on them.

“I looked at this as a generational opportunity,” said candidate Jonathan Swain, who said he was just 17 years old when Bobby Rush was first elected.

Rush made it known early that he would back a woman to replace him. He endorsed Karin Norington-Reaves within a week of announcing he was stepping aside. Norington-Reaves has never held elected office, but for the past decade she’s led the Cook Workforce Partnership, overseeing federal jobs money in the region.

“It is not my expectation that I’m going to fill his shoes, because my shoes have kitten heels and his do not,” Norington-Reaves said. “It is my expectation to succeed to a legacy that is long and deep and rich.

But she’s far from the only female potentially on the ballot.

“For a woman to be the first woman to succeed all the men that have been in [this seat] before would be historic,” said Ald. Pat Dowell, 3rd Ward, who is one of seven women in the race. Dowell ended her bid for Secretary of State to run for Rush’s seat a day after he announced he would not run for another term.

The field is likely to shrink again before the primary election, as candidates drop out and try to knock each other off the ballot by challenging the validity of others’ petitions. The dust should settle at the end of April, when the June 28 primary is set to be certified.

And while there’s plenty of time left to debate the issues, the crowded field could make it challenging for candidates to set themselves apart. Here’s who has already filed petitions with the Illinois State Board of Elections:

Jahmal Cole, a community organizer and the founder of My Block, My Hood, My City, launched his bid a year ago, before Rush announced he’d step aside. As of the end of 2021, he had raised more than $100,000, the most among what was then a much smaller field of candidates challenging the incumbent. Cole said he has a track record helping people on the block level. “You can’t nonprofit your way out of these problems,” he told WBEZ. “I want to be a partner in the federal government for nonprofits and activists like myself.”

State Sen. Jacqueline Collins, D-Chicago, announced her candidacy most recently with the backing of two longtime state senators, Sen. Robert Peters, D-Chicago and Sen. Elgie Sims Jr., D-Chicago. Both represent parts of the 1st Congressional District. Collins also has the support of Father Michael Pfleger of St. Sabina Church. She made her formal announcement at the union hall for postal workers. While she acknowledged the field of candidates has “accomplished a lot in their various spheres of influence,” Collins said she has “a record that reflects the agenda and the tradition and the legacy of Bobby Rush.”

Ald. Pat Dowell, 3rd Ward, is backed by former U.S. Sen. Carol Moseley Braun, who was the first Black woman elected to the Senate. Several Chicago aldermen have also endorsed Dowell, many of whom represent areas of the 1st District in City Council. Dowell touts her decades of service to the 3rd Ward and experience as chair of the Council’s powerful Budget Committee. “I have the legislative experience,” Dowell said. “I have created jobs in my community and worked with lots of different people in a diverse community.”

Jonathan Jackson, the son of Rev. Jesse Jackson and brother of former 2nd District congressman Jesse Jackson Jr. In announcing his candidacy, he touted his family name and connections to the civil rights movement, including the fact that Rev. Martin Luther King Jr. is his godfather (and where he got his middle name: Luther). He’s secured support from the union representing transit workers. “As a businessman, a college professor, an activist, I have been on the forefront of the struggle for civil and human rights, and my efforts in Congress will be my next step in my journey,” Jackson said, when announcing his candidacy.

Karin Norington-Reaves leads the Cook Workforce Partnership, which oversees federal funding aimed at creating jobs in the Chicago region. The organization was created by former Chicago Mayor Rahm Emanuel and Cook County Board President Toni Preckwinkle. Though this is her first time running for elected office, Norington-Reaves said her background in workforce development, public education and public health are assets. “[Bobby Rush] may open a door for me, it is my job to walk through that door,” she said.

Here’s who’ve filed candidacy paperwork with the Federal Election Commission to run for the seat, but no state petitions have been posted as of Sunday:

Jonathan Swain runs an education nonprofit focused on getting Black youth to and through college called LINK Unlimited Scholars. He also owns Kimbark Beverage Shoppe, a Hyde Park liquor store that’s been in his family for generations. Swain served in various government roles, including Chicago’s Department of Planning and Development and sat on the Zoning Board of Appeals and the Board of Elections. “I would say most people on the South Side have engaged with something I’ve been involved with, whether it be LINK (Unlimited Scholars), whether it be my family business (Kimbark Beverage Shoppe) or whether it be the Hyde Park Brewfest. … They just didn’t know it was me.”

Charise Williams is the former deputy director of Illinois Criminal Justice Information Authority and has also worked for the Illinois Legislative Black Caucus and the Chicago Federation of Labor. In 2018, Williams challenged Bill Lowry for his seat on the Cook County Board of Commissioners, but she came in third with 17% of the vote.

Though she was one of three challengers and came in last during the 2020 primary, Ameena Matthews filed paperwork to run again. A former gang member, Matthews now works as a “violence interrupter” working to end the violence that plagues many neighborhoods in Chicago. Her work was featured in a FRONTLINE documentary.