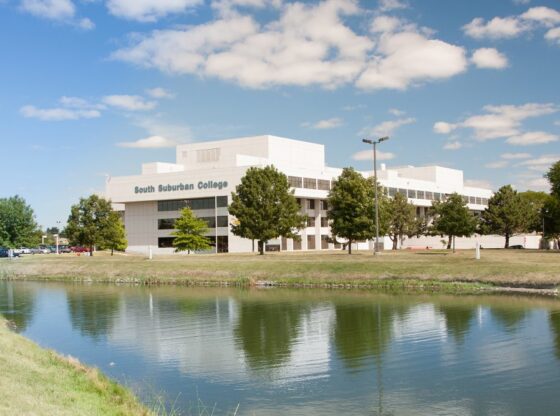 With a job fair at South Suburban College in South Holland as the background, Cook County officials announced Tuesday the launch of a program designed to connect employers in suburban Cook County with residents looking for jobs.

The Cook County Career Connector Program is being funded with $15 million in federal COVID-19 stimulus money, and other job fairs are planned for next month in Richton Park and Chicago Heights.

The goal is to promote a more inclusive and equitable economy in the Chicago suburbs as the region emerges from the pandemic with employers reporting difficulties filling jobs.

The job fair at South Suburban College featured more than 30 employers in the private and public sectors, including Amazon, which has opened fulfillment centers in Markham, Matteson and University Park. Other employers included Cook County Health, National Tube Supply and Pace, the suburban bus system, according to the county.

Cook County is using funds provided through the American Rescue Plan Act, and planned are large-scale job fairs along with smaller events that might target certain populations including youth and veterans, according to the county.

Interested employers and job seekers can register for upcoming events at cookcountycareerconnect.org.

With employers reporting difficulties in filling jobs, some who are in the market for employment are being blocked due to past criminal convictions, Cook County Commissioner Stanley Moore, D-4th, said.

He asked that employers look at job applicants whose backgrounds are less than perfect, such as those with a criminal conviction that may have occurred early in their life.

“Open your doors to people who don’t have the best records,” Moore said. “I shouldn’t still be punished today for something I did 20 years ago.”

Job fairs will be held through October in conjunction with the Chicago Cook Workforce Partnership, which has been in place for 10 years and works to match job seekers with employers.

A goal of the Career Connector program will be “driving inclusive hiring,” said Patrick Combs, interim chief executive of the partnership.